“REFUGE: Pathways of Youth Fleeing Extremism” – a collaboration with Quilliam 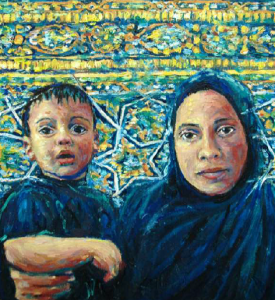 The experiences of these unaccompanied refugee children (who may be living in regional refugee camps, in transit or arriving in Europe, or potentially even ‘lost’) are not well documented. Policy responses are inadequately formulated and are often framed within a public discourse that demonises these children as ‘unwelcome migrants’ rather than recognising them as highly vulnerable and marginalised children. Consequently too many of these children are systematically denied their rights to education, healthcare and protection and are unable to influence the decisions that are being made about their lives.

To better understand the risks and vulnerabilities facing these children, Child to Child has recently collaborated with counter-extremism think tank, Quilliam, on their latest report: “REFUGE: Pathways of Youth Fleeing Extremism”.

Quilliam is currently the leading anti-extremism think tank in the UK. They approached Child to Child in recognition of our expertise on child rights, child safeguarding/protection and – of course – children’s right to have a voice in all decisions which affect their lives.

The report opens with a foreword by our Director, Tricia Young. This foreword is intended to shift the emphasis away from stigmatising these children as problems to be solved, to recognising their enormous potential to contribute to and effect positive change in the societies in which they seek to build new lives.

The main body of the report takes a closer look at the journeys these children take and the vulnerabilities they experience en route, in order to identify points for intervention. To highlight the nature of the journeys, risk and vulnerabilities these children are exposed to and to humanise the data, Child to Child developed fictionalised, composite case studies. These case studies are based on information from reports published by a range of organisations, including testimonies given by child refugees.

What unites these children is their extreme vulnerabilities and the risks that they are exposed to. These vulnerabilities arise not only because of the trauma of displacement and what they have witnessed in their home countries, but also because of their experiences during their journeys. Thousands go missing each year, due to child trafficking and recruitment into criminal gangs or extremist groups. The report shows that they are at risk of being recruited from local refugee camps, during their journeys, as well as from asylum seeker centres in Europe. From the moment they leave their homes until long after they have arrived in their new country, these children are in danger of falling victim to recruitment by extremist groups that exploit and abuse their vulnerable state. According to the research, children who are separated from parents remaining in danger in the country of origin, or those facing challenges adapting to their host country are at higher risk of recruitment by violent and radical groups.

Tragically those children that do manage to reach their desired destination are not always able to build the lives they were hoping for. The report shows that – despite being contrary to UK government policy – a number of children have been detained upon arrival in the UK, a practice completely detrimental to their mental health and physical safety. The high number of children entering the country has also put a strain on child protection services. Children can be waiting months before they are appointed a (legal) guardian and it can take years before they know if they can stay in the UK. This uncertainty prevents them from laying down roots and building new lives, potentially leading them to feel disenfranchised, isolated and depressed. For some, this downward spiral could result in anti-social behaviour, including criminality or radicalisation.

The report concludes with a series of policy recommendations for the UK to protect these vulnerable children. These recommendations include ensuring that these children can realise their rights to good quality education, (mental) health care and trauma support and critically – that they have an opportunity to have a say in the decisions that will potentially determine the rest of their lives.

The importance of this report has been widely recognised. Dedicated features have been run in news outlets including The Guardian, The BBC and International Business Times.

At Child to Child, we are determined to ensure that all children – regardless of migrant status – are recognised as children – not viewed as problems to be solved. We work to ensure that all children have the opportunities and confidence speak out about issues that matter to them and make the changes they believe are necessary for a brighter future for themselves and their communities. Children and young adults can contribute and achieve so much more than adults often think. We believe that it is essential for them to have their voices heard and influence policy on issues that concern them.

The report was launched on the 6st of February and can be accessed here.